Congratulations to Ms Sibukele Gumbo, the Siyakhula Living Lab Project Lead, for winning one of the 2013 Eastern Cape Women in ICT Awards! 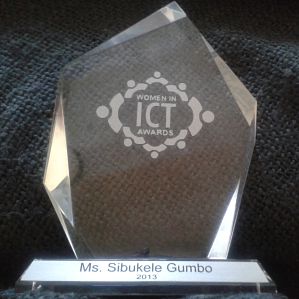